Welcome to the Jejune Institute, a mind-bending San Francisco phenomenon where 10,000 people became "inducted" without ever quite realizing what they'd signed up for. Was it a cult? Was it an elaborate game? Told from the participants’ perspectives, the film looks over the precipice at an emergent new art form where real world and fictional narratives collide, creating unforeseen and often unsettling consequences. Fusing elements of counter-culture, new religious movements and street art, THE INSTITUTE invites viewers down the rabbit hole into a secret underground world teeming just beneath the surface of everyday life.
Posted by Dr. Scott at 9:03 AM No comments:

Bike courier Mars Brito has been murdered... and everyone in the town of Passing B.C. is a suspect! The extensive roster of suspect characters include his keen green bike boss, his troubled train conductor fiancé, an ambitious chemistry professor, Passing's anti-bike Mayor and the CEO of an SUV manufacturer with Gramsci issues. Detective Epicene, harbouring secrets of her own, must untangle a bewildering conspiracy involving bikes, cars, opera, gender and corporate green-washing to expose the murderer.

MURDER IN PASSING is the first-ever transmedia whodunit series for commuters, with new episodes appearing daily on Toronto's subway platform screens and online from January 7, 2013 to March 1, 2013.
Written and directed by John Greyson, MURDER IN PASSING is a multi-layered murder mystery shot in the film noir style, featuring Greyson's signature intricacy, use of symbolism and metaphor.  Visit http://www.murderinpassing.com to review the current episodes or catch up on past instalments.

Then listen online to the daily operatic fugues composed by David Wall after each episode for a trace of evidence and fun. Find the daily clues on Twitter @MurderIP, in the Metro newspaper, and the project website. Read our citizen detective's blog posts, and share your suspicions with fellow sleuths. Follow the clues and solve the mystery of MURDER IN PASSING.

What does your Twitter bio say about you? Don't think in terms of cold, hard facts — what does it really reveal about you to others?

As we've recently discussed on Mashable, your bio is one of the major factors that people take into consideration when deciding whether or not to follow you on Twitter, but it's even more important than that.

SEE ALSO: This Is Why No One Follows You on Twitter

Your bio is searchable within the Twittersphere, meaning you need to think carefully about keywords. It will show up in search engine results for your name, so it has to represent the true you. It's also how you choose to present yourself to Twitter's 230 million users, so it's worth giving it some serious thought.
The Bio as an Art Form

Whether or not you agree with the The New York Times' rather grandiose statement that the Twitter bio is a postmodern art form, it's certainly a skill to distill the essence of your complex, multifaceted personality (or so we'd all like to think) into 160 characters.

Embrace the space available. Don't think of the allowance as a limitation; think of it as an opportunity to be concise. When you write your bio, actually compose in the window Twitter allows. This will help with structure.

Are you creative or commercially minded? If you fall into the commercial camp, it may help to think of your Twitter bio as a a copywriting exercise. The product is you and you have 160 characters not just to summarize it, but sell it to an indifferent, anonymous audience.

If you're more creative, you might enjoy approaching a bio as you would a poem. Every word you use must justify its place on your limited canvas, add meaning, appear in the correct order and work as a whole.
The Bio as a Cliché

"Coffee expert. Twitterholic. Internet advocate. Music aficionado. Wannabe entrepreneur." This might read as a totally believable Twitter bio, but it is in fact gobbledegook: made-up, buzzword nonsense from the "Twitter Bio Generator".

Developed by Josh Schultz, the generator was designed to poke fun at the list-based bio format so beloved of key-word-minded Twitter users.

"I created that site a few years back just for fun, when I noticed a lot of similarities among Twitter bios," Schultz explains. "Folks using short, punchy phrases to describe themselves, including an inordinate number of 'social media experts' and all manner of 'mavens.' It was actually a bit of a joke: I included bits that could describe practically anyone on the Twitters, and threw in a few silly things, for flavor."

Could your bio be easily interchangeable with A. N. Other's Twitter bio? Could something you've written in your bio appear in the Twitter Bio Generator's database? Then you need to think of ways to make yourself stand out.
Bio Basics

This should be obvious, but from the amount of typo-ridden bios out there, it bears repeating. Your bio must have perfect spelling and grammar. There are no excuses for mistakes. Run your text through a spellcheck tool or get a buddy to check it for you, but be sure what you've written is error-free.

Secondly, be consistent. If you are going for the list-based format, decided whether you're separating words with commas, periods or vertical bars, and stick to that. Capitalize consistently by choosing to write the entire thing in either sentence case or title case. The same goes for if you're mentioning usernames or using hashtags (e.g., @JohnSmith or @johnsmith, or #Football or #football) — keep to the same format for every example.
Learn From Others


Don't create your bio in a vacuum. Do some research, study the different styles of bios out there and read what other Twitter users have written — especially ones with large followings.

When you've followed someone on the strength of his or her Twitter bio alone, consider what it was that prompted you to hit the "Follow" button.

Sarah Milstein, the 21st user of Twitter and co-author of The Twitter Book, has the following straightforward advice: "Look at a bunch of Twitter bios, notice which ones you like best, write a bio that imitates those."
Find Your Unique Sell

From a professional perspective, make it clear exactly what it is that you do. This helps differentiate you from others with similar bios. Don't just state you're in a sales role, mention the industry in which you work. If you're a recruiter, what kind of candidates are your speciality? Do you work in marketing? Which industry sector?

"Your Twitter bio should position you as an expert in your field who serves a specific audience," states Dan Schawbel, author of Promote Yourself and Me 2.0.

"The objective is to position your personal brand so you're using the right keywords and clearly showing what your focus is so people read it and know exactly what you do and whom you serve."

As well as widening your appeal for potential followers, Schawbel suggests this tactic may help your future job prospects.

"I did a study with American Express and we found that 65% of managers are looking to hire and promote subject matter experts. The problem is that most people position themselves as generalists or 'Jacks-of-all-trades,' and that won't work in this economy," he says.
Consider SEO

The words you use in your bio don't just add up to create a picture of you, they carry some serious SEO juice. Tools such as Followerwonk can search Twitter bios on a keyword basis. Carefully consider what topics you'd like to be discoverable under, as you never know who might be searching for just those subjects.

"On Twitter, it's all about first impressions, while finding the right audience, whether you're reaching out professionally or just looking for new friends. By optimizing your bio to give the perfect details — your interests, location, job, company, love of cupcakes — you're telling the world why they should follow you. Why you're important," she says.

It's not just Twitter search you have to consider, but wider searches from third-party engines. "Write a bio that will motivate others to follow you on specific topics, those you most often tweet. Use keywords and be direct," says Michael Dobbs, group director of SEO at digital marketing agency 360i.

With news that Google Search has recently made moves to include hashtag searches, Dobbs also suggests: "Consider adding hashtags on keyword topics you'd like to be discovered against."
Be Unusual

"The idea behind your bio is that you want to provoke enough interest so that somebody will follow you back," Mark Schaefer, author of The Tao of Twitter, says. "Be honest and give at least a hint of what you do in the real world. Then, add something unusual or funny to stand out. For example, I identify myself as a consultant, author and social media bouncer. That often starts a conversation!"

On an online platform of over 200 million users, it can be hard to stand out, so don't be afraid to let your quirks show and don't hesitate to use humor in your bio. If you have an unusual hobby or a niche passion, include it, especially if it's something you're likely to tweet about.

"Your bio should reflect who you are, your values and what you have to offer others," states Louise Mowbray speaker, coach and branding consultant.

Most importantly, use your bio to let people know what you're going to bring to their Twitter streams — how following you is going to enrich their Twitter experience. After all, as Mowbray says, "Twitter is all about giving something of value to others for free."
Posted by Dr. Scott at 8:01 AM No comments: 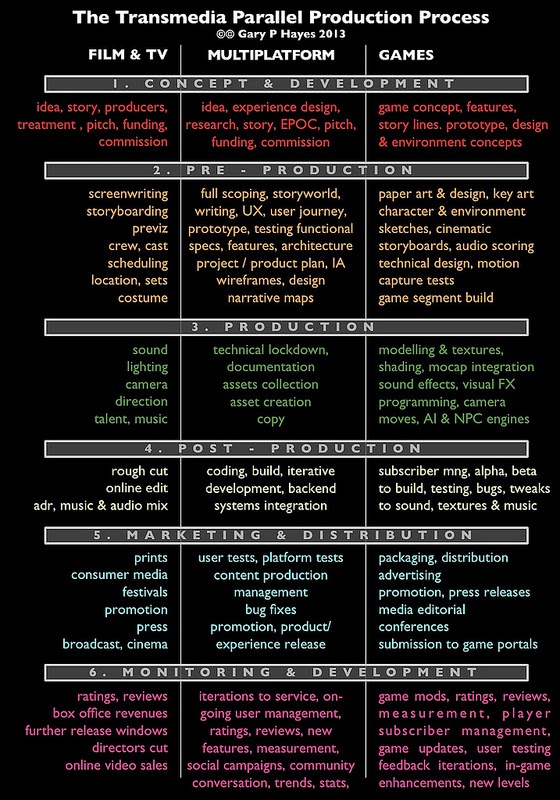 Preproduction formally begins once a project has been greenlit. At this stage, finalizing preparations for production go into effect.  During pre-production the prodcution process is broken down into individual peices and a timeline is scheduled and calendared.

The process often begins with a demo.